So, as many of you know, I'm a huge TV Series Fan/Addict, specially the ones from The CW, so I was fortunate enough to receive an special e-mail from the network with some heads up on they're upcoming show, and what was my surprise when I saw it is called "The Carrie Diaries" a prequel to "Sex and the City" (which I happen to be a huge fan of) and also when I realized they attatched me the first picture released about the show. 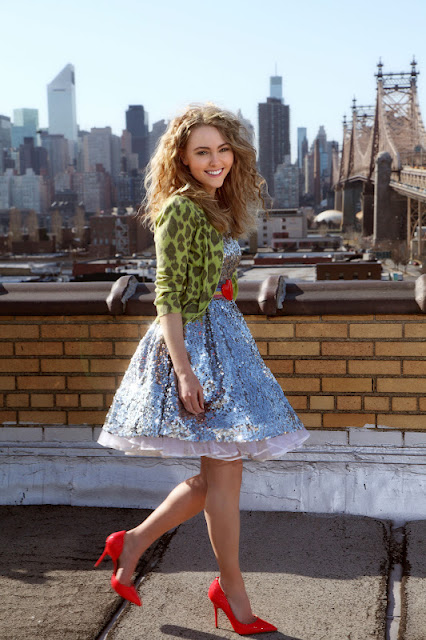 THE CARRIE DIARIES, starring AnnaSophia Robb as a young Carrie Bradshaw coming of age in the 1980s, asking her first questions about love, sex, friendship and family while exploring the worlds of high school and Manhattan.


THE CARRIE DIARIES writer/executive producer Amy B. Harris said: “The search for Carrie Bradshaw was an exciting adventure. Having been a part of the Sex and the City series, I felt such an honor and responsibility to the fans of the show to find someone who embodied the spirit of Manhattan’s favorite ‘It’ girl. When AnnaSophia Robb walked into the room, we knew we had found her. Her grace, intelligence, sense of fun and her empathetic nature make her the perfect girl to bring our young Carrie to life. The fact that she loves a gorgeous pair of heels doesn’t hurt either.”


Emmy®-winning costume designer Eric Daman (Sex and the City, Gossip Girl) said: “It’s a rare invitation to dress a character whose reputation truly precedes her. Having played a hand in designing for the Carrie we know and love, I am honored to be chosen to carry the torch — to illuminate the woman we know by discovering the young lady she was.”


Based upon The Carrie Diaries novel written by Bushnell, THE CARRIE DIARIES is produced by Fake Empire in association with Warner Bros. Television.

© 2012 Warner Bros. Entertainment Inc. All Rights Reserved. Photo Credit: Eric Liebowitz
I want to thank Phyllis Liu for the nice email sent to me, it is a privilege to be taken into account on the release of this new TV show, and now, let's wait for it girls!!
xoxo
E
By Ella at Monday, March 26, 2012

Email ThisBlogThis!Share to TwitterShare to FacebookShare to Pinterest
File under 2012, Ella Soriano, News